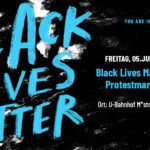 June was Black Lives Matter Month in Berlin, but it’s not over quite yet! Join AWAC, White Guilt Clean Up, and other partnering organisations for the Black Lives Matter protest March on Friday, July 5th. Want to lend a hand? Help make the dream work and volunteer! Under the invigorating summer sun and during the mild nights, there’s never a shortage of things to do in Berlin. Here’s an AWAC guide to some notable events on the calendar this month.

Black Lives Matter Berlin protest march
Friday, July 5th 17:00 – 22:00
U- Bahnhof M*straße/Zietenplatz. Mitte
The Black Lives Matter protest march takes place for its fourth year! This demonstration will shed light on the effects of anti-Black racism experienced by people at a state and individual level today in Germany and all over the world. In the words of the organizers: “The Black Lives Matter Demo stands for lasting change in our society and against the silence of racism. Silence, too, is violence.” The march begins at 17:00 with a series of speakers who will highlight the historical and present realities of racism and intersectional discrimination. The march continues from M*straße and finally gather at Spreewaldplatz where there will be live music, poetry, and other speeches

CALL FOR VOLUNTEERS!
Want to get involved? The Black Lives Matter Demo is still looking for reliable helpers (Security, Awareness Team, Shouter, Donation Collectors/Merch distributers) for the protest on July 5th. Please contact the organizational team at: kontakt@blacklivesmatterberlin.de and let them know what you are available for, which languages you speak and your phone number. Please note: Positions as Awareness-Team members, Shouters and Donation Collectors are exclusively for Black people.

Book launch: Das ist meine Geschichte
Saturday, July 13th 18:00
Aquarium bei Südblock, Skalitzer Straße 6. Kreuzberg
Presented by Kollektiv POLYLOG, Join the authors for a concert, reading, and exhibition to celebrate the launch of their new book, Das ist meine Geschichte (this is my story). The book focuses on the perspectives and realities of women who have fled to Germany in recent years. What are the realties of refugees and women while navigating life in a new country? With this book, the authors demand control over the representations of their life realities in public space. This event is donation-based and will be held in German, Farsi, and Turkish.

Audream – Lesung für Kinder
Saturday, July 6th 15:00 – 19:00
Villa Freundschaft, Wiesenstraße 44. Wedding
Audream, a mobile antiracist library, is hosting an afternoon of reading and story-sharing for children. Story time will feature books where Black children, and children who are often read as non-german or non-white take the leading roles. There will be snacks, games, and even an art project to make and paint the main characters of the stories. This event is open to everyone, but Audream requests that you register at info@audream.org so they can gauge the scale of the event.

Film Screening and discussion: Consciousness of a Changing Climate
Tuesday, July 16th, 19:00 -21:00
Böttgerstraße 16. Wedding
AWAC extends an invitation to the first instalment of a new film screening series focused on climate change and human responses to the issue. Curated by AWAC intern Ricky Major, This screening aims to explore, familiarize, and bring awareness to the environments around us. We’ll be showcasing a diverse catalogue of short films ranging from abstraction to documentary features, exhibiting the complexities of the issue and the urgency it commands in our collective consciousness. We’re still in the process of selecting the final program for the evening, so keep an eye on the Facebook event for updates about films and artists to be included in the showcase.

CuTie.BIPoC Festival
July 19th – 21st
Manege, Rütlistraße 1-3, Neukölln
CuTie.BIPoC festival is a three-day festival by and for Queer, Trans, Inter, Black, Indigenous, and People of Color. It aims to empower communities of Queer People of Color in Europe and beyond through meeting, sharing resources, and holding space to engage with pertinent issues,  For three days, there will be workshops, screenings, performances, discussions, and plenty of space for eating, hanging out, and partying too!

Note: the organizers of the festival ask for participants to sign up via a form on their website’s event page. It can be found here.

Black Queer Youth Space
July 20th, 18:00 -21:00
Each One Teach One (EOTO e.V.) Togostraße 76. Wedding
On the third saturday of every second month, EOTO hosts a space open to Black LGBTQIA+ youth! This event is free. `